One of the newest state parks in Virginia highlights a trail that contains a long high bridge over the Appomattox River.  The trail is a non-motorized multi-use trail for hiking, biking, and horseback riding. Bicycling the trail is a good way to get in shape early in the season. 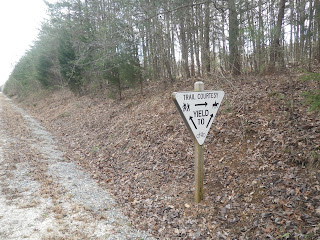 Description: The trail is approximately 4 feet wide and 31 miles long. It is constructed of packed fine crushed white limestone along an old railroad bed originally belonging to Norfolk Southern Railroad. Mountain, hybrid or road bikes can easily ride the trail. Since it is relatively level and generally flat it is easy for bicyclists of all ages to ride the trail. 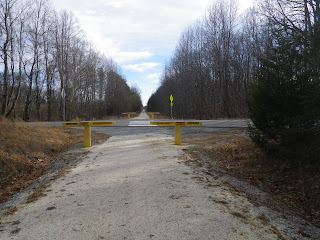 The highlight of the trail is the high bridge that crosses over the Appomattox River. 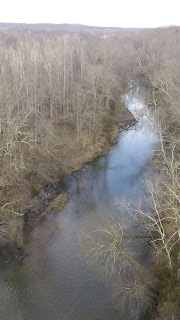 The bridge is 2,400 feet long and approximately 10 feet wide (steel tower) built in 1853 by Southside Railroad.  The bridge is 160 feet to 125 feet above the Appomattox River.  The wooden deck bridge sides or railings are high and constructed so that you do not have to worry about falling over the edge into the river. There are observation platforms with park benches equally spaced along the bridge.  The bridge trail maintains a historic 6 % grade mimicking the original railroad elevation that makes it easy for bicycling or running. 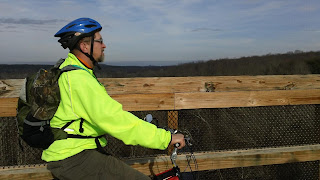 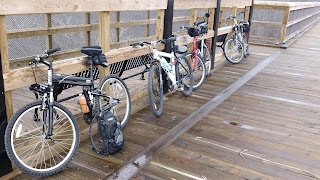 The bridge is the longest recreational bridge in Virginia, and one of the longest in the United States. 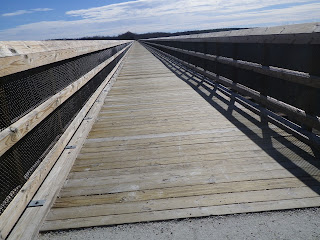 For your comfort the trail is lined with picnic tables and toilets. 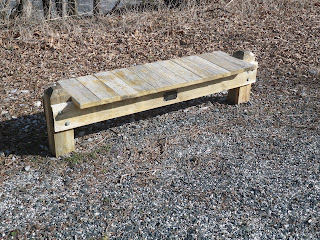 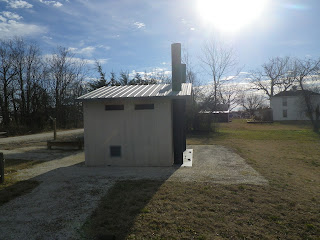 Drinking water is not available along the trail. Also along the trail are the original railroad concrete mile markers, and you also can see the remains of telegraph poles erected in the 1900's. 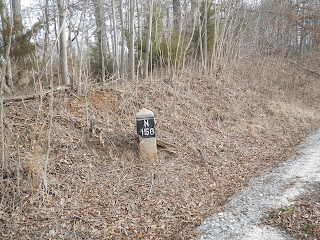 The trail begins at Pamplin, VA and ends 31 miles just short of Burkesville, VA. Park rangers and local police monitor the trail daily. A small fee is charged at the beginning of the trail.

Park History: The trail was constructed along an old railroad bed that ran from Lynchburg, Virginia, to Petersburg, Virginia. The High Bridge trail now starts along the old railroad train tracks bed in the city of Pamplin, passing over and under roadways and through the cities of Prospect, Farmville, Rice, and ending north of Burkeville. Pamplin was once the largest clay pipe factory in the world. 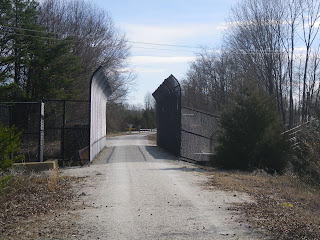 The trail crosses over roadways 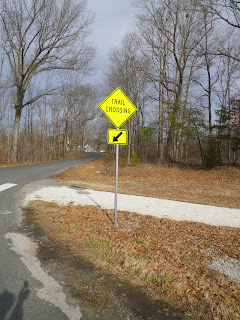 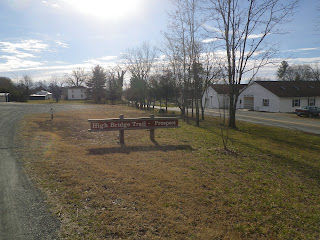 The High Bridge was originally made of wood with 21 brick piers, a pedestrian walkway, and wagon bridge alongside. The trail and bridge were very important during the Civil War. 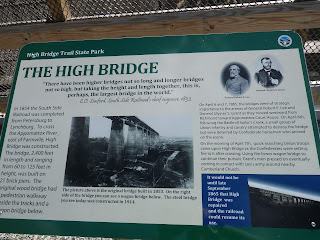 Historic marker at the beginning of the bridge 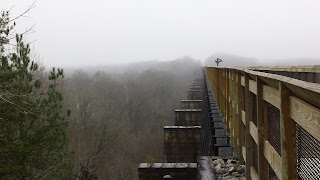 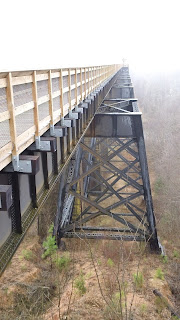 Remains of the old wagon crossing

Two very decisive battles were fought here in April, 1865 and lead to General Lee's final days of the war. On April 6 and 7, 1865, one of the final battles occurred that helped to end Lee's campaign 2 days latter in Appomattox. Troops of the armies of the North and South tried to burn the bridge down, but the bridge prevailed, and it was later donated to Virginia by the Norfolk Southern Railroad in the year 2006. The last train traveled over the bridge on October 26, 2004. The park is now part of the Virginia State Park system, a part of the Virginia Department of Conservation and Recreation.

Flora & Fauna:  A turkey was seen along the trail as well as a green snake. 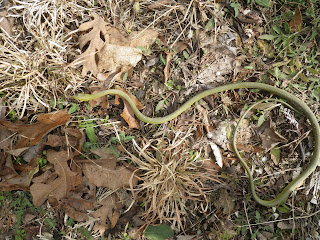 Many wildflowers were also observed along the edges of the trail. In June you may see the early low bush blueberry, blue ridge blueberry, winter grape, pigeon grape, suckling clover, kidney leaf rosin weed, marsh bristle grass and the bristly fox tail in bloom. While standing on the bridge in the spring you can hear what sounds like hundreds of spring peeper frogs echoing below.

Nearby town: Farmville is one of the largest towns that the trail passes through about halfway into the ride. It has lots of little eating places for you to stop for lunch or to freshen up before traveling further. 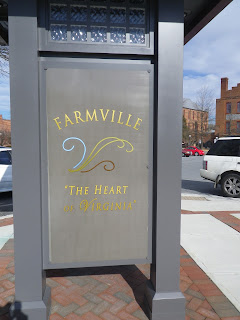 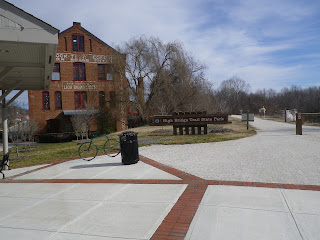 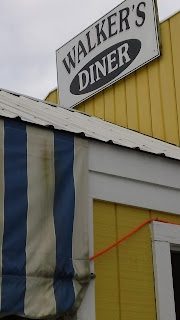 JOHN 7:38 - Whoever believes in me, as the scriptures has said, streams of living water will flow from within him.

Thank you for viewing my podcast, and please leave a comment. 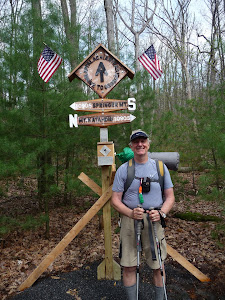